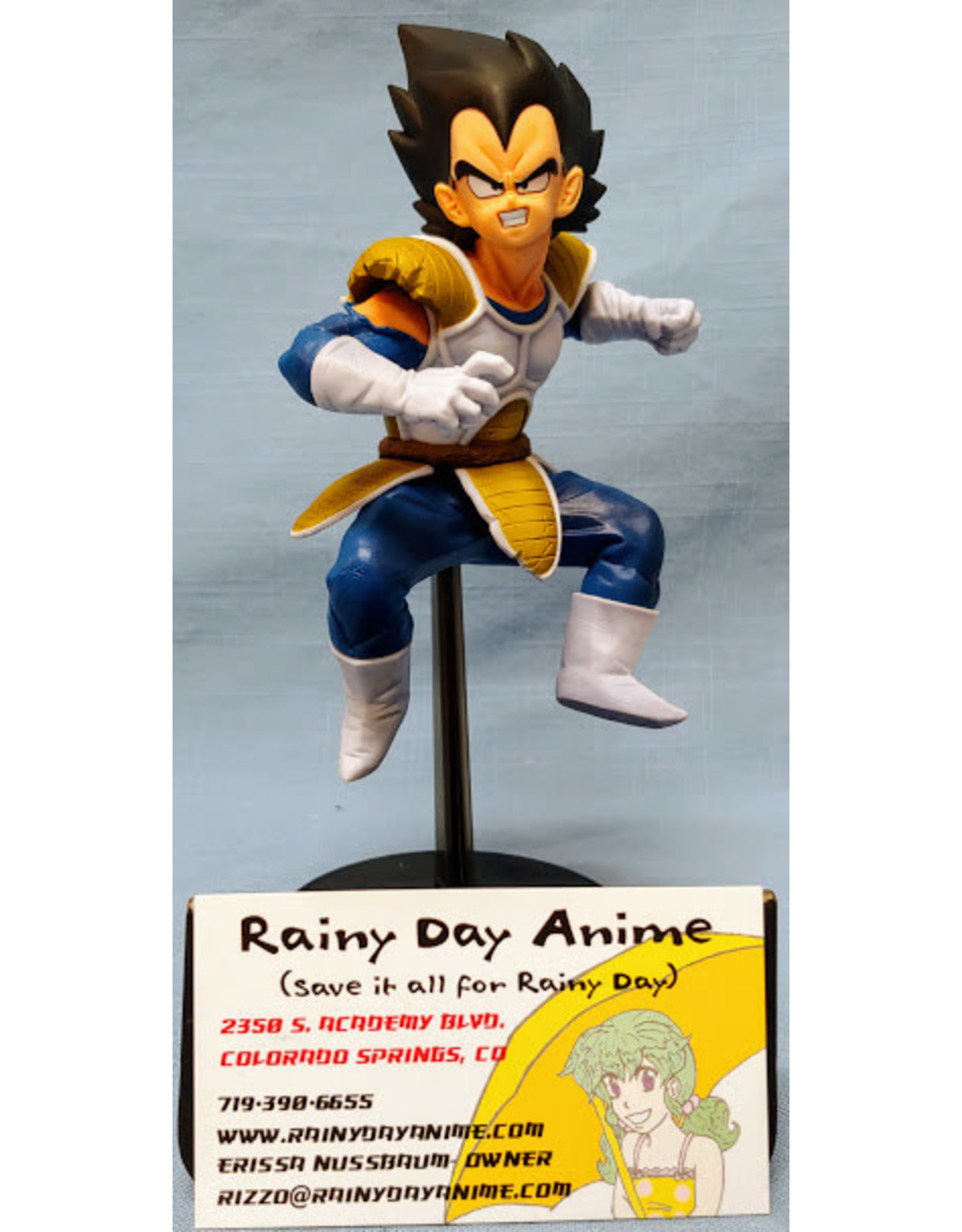 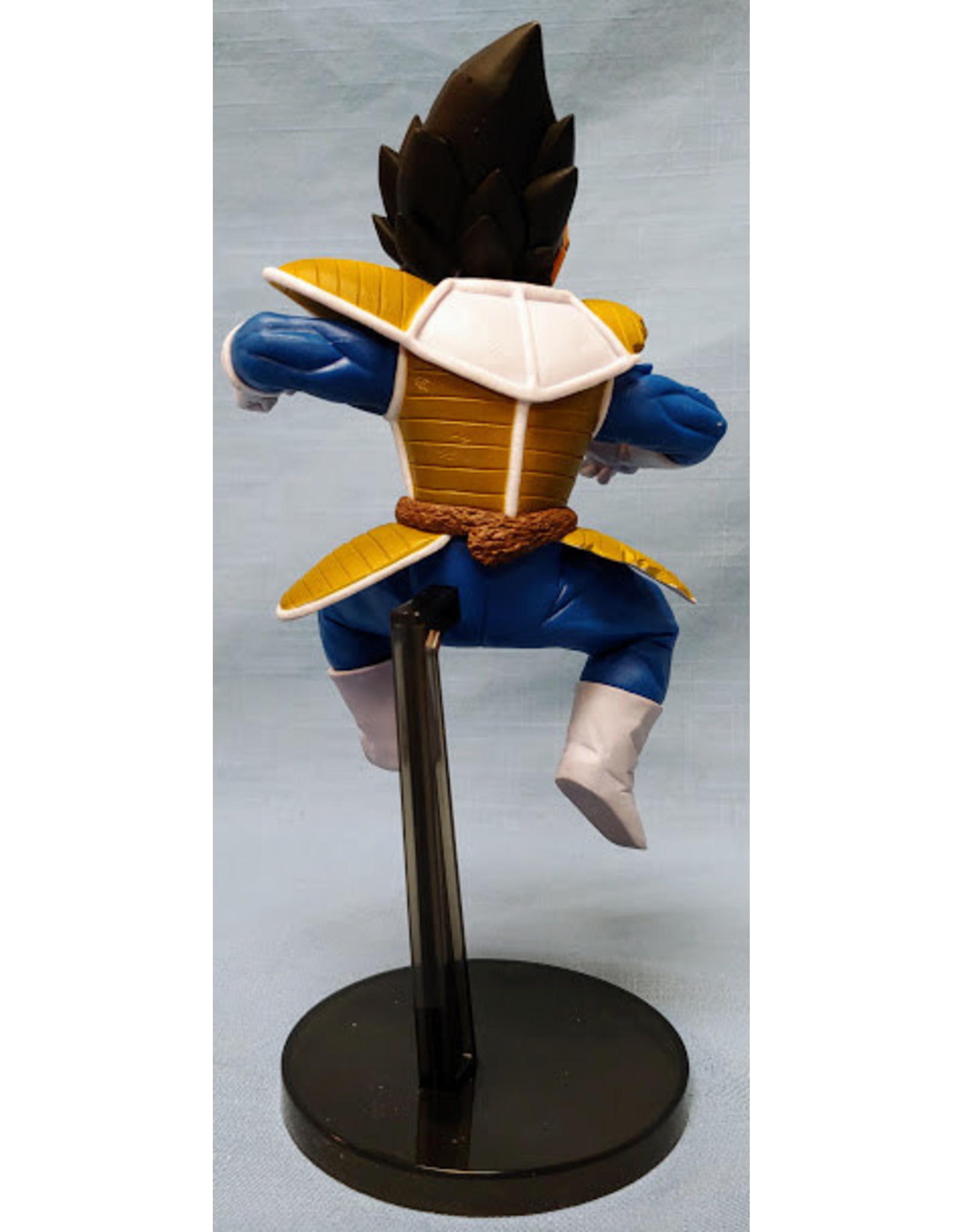 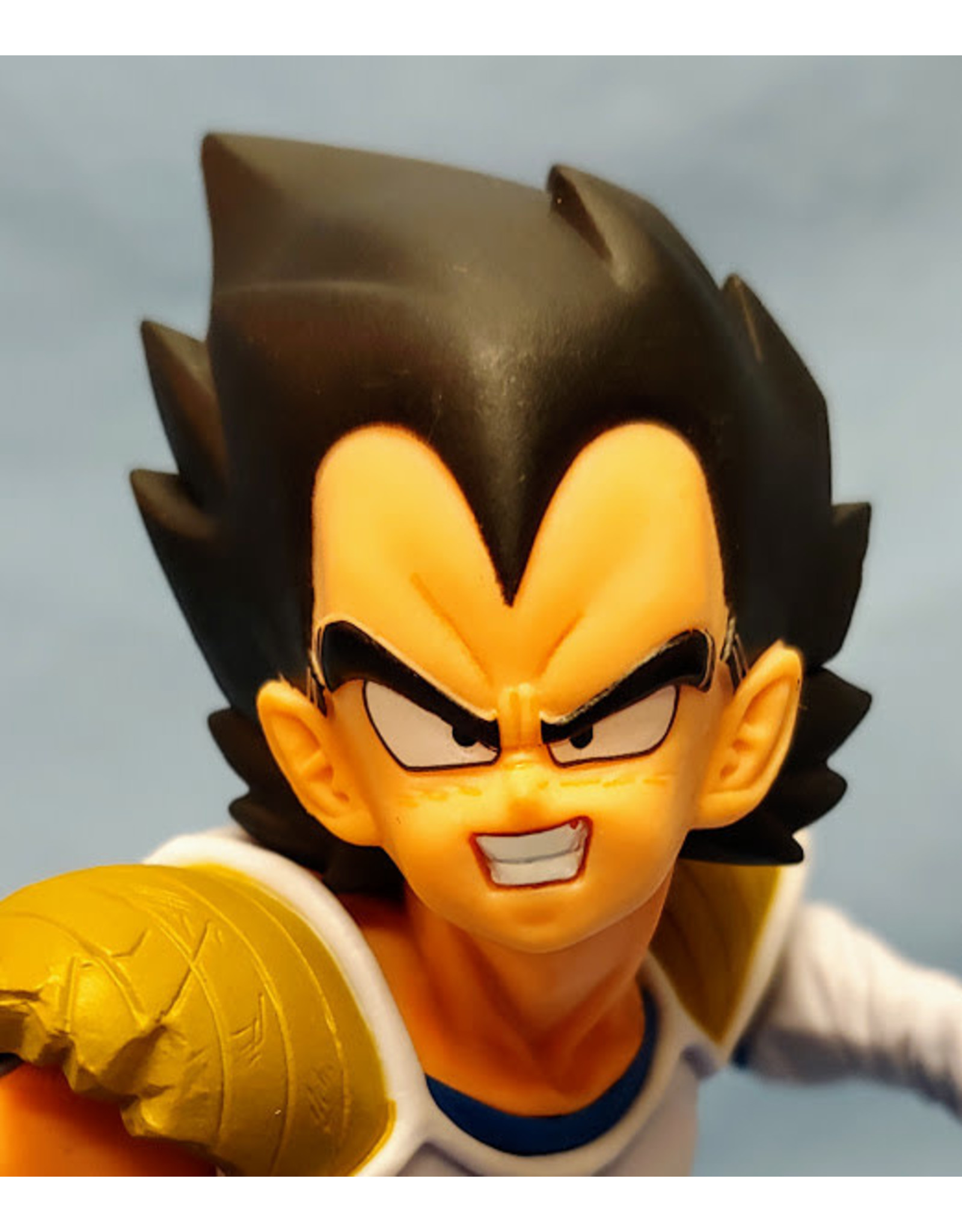 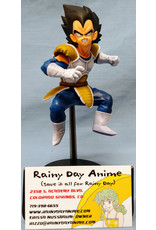 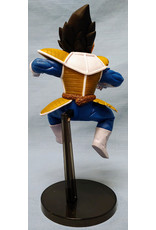 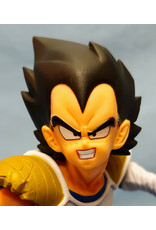 From Banpresto World Figure Colosseum, Vegeta has arrived, as he appeared in the first season of Dragon Ball Z, primed and ready to fight for his immortality. In this figure, Vegeta is wearing his original, if batle damaged, Saiyan Armor, complete with shoulder, hip, and groin guards. His tail is still wrapped tightly around his waist where it won't get manhandled by lesser creatures. He comes with his own stand that attaches behind him, and is posed as though he has just leapt from the ground in preparation for an attack.

Pictured with a standard business card for scale.